Waldorf Approach in All Aspects

Jean Jacques Rousseau (1712-1778) revealed the paradigm of free thought that formed the basis of libertarian education in the 18th century. In Rousseau's theory of education, he is based on the natural and pure nature of the individual being born. The main point he wants to emphasize is the fact that the individual born is actually clean and right, but that all institutions, including society and education, destroy the integrity and cleanliness that one brings to birth. According to Rousseau, education is not about the imposition and imposition of certain systems on the child, but on the contrary education must be a system that provides for the natural development of the child (Ergün, 1994). Many western educators such as Salzman, Pestalozzi and Froebel were also influenced by Rousseau's educational philosophy (Ata, 2003). On the other hand, Rousseau's approach to human nature has been a philosophical / theoretical starting point for alternative educational approaches. The emergence of alternative education approaches also affected early childhood education and different approaches emerged in preschool education. One of these approaches is the Waldorf Approach developed by Rudolf Steiner. Consequently, the purpose of this paper is to give information about Rudolf Steiner who is an early pioneer of the Waldorf Education. 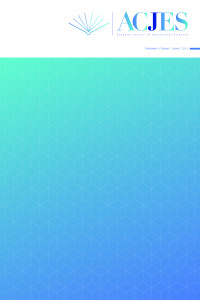